Depicted is a burning Johannesburg Putco (Public Utility Transport Company) bus in a landscape. Note the number plate with the town and date of the painting. For me this represented a veritable picture of the South African landscape at that time and was my response to the nationwide bus boycotts. This image was one of the early works I created addressing the political issue of Apartheid South Africa. My interest in naturalistic representation became fuelled by the needs of pragmatism in the cause of agitprop art. The work is didactic in form and politically suffused in content.

The bus burns out of control. In the distance what appears to be an ambulance heads away from the destruction while the telephone wires supported overhead (perhaps representing civilisation itself) terminate at this point. The pole and transverse beam form a traditional cross used by the Romans for crucifixions, hinting at the suffering that has led to this conflagration and destruction. 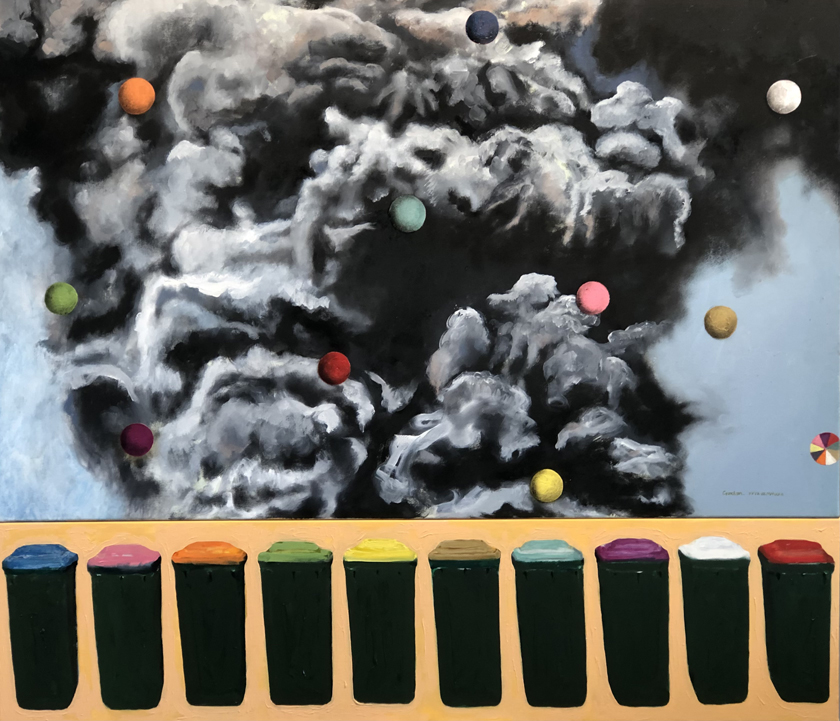 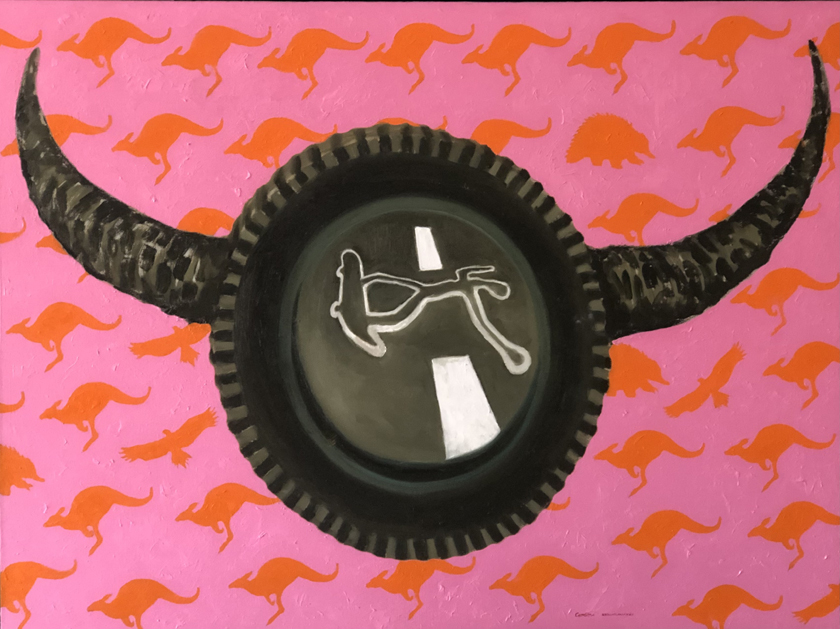