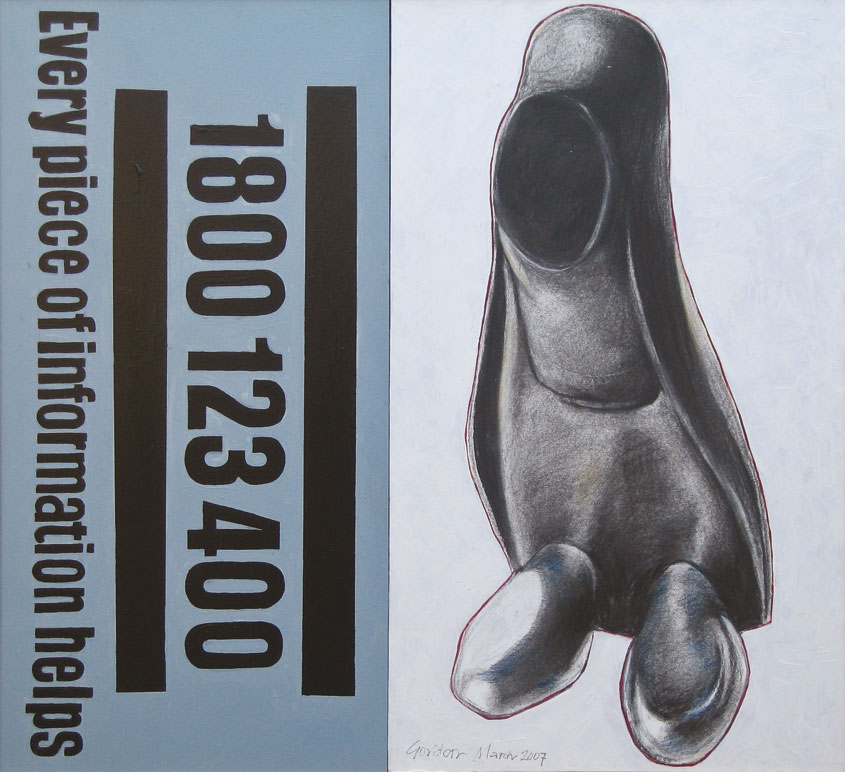 This drawing of a cute penguin-like whimsical figure was derived from an earlier and very innocent sculpture
dating back to 1993. With the passing of time and under the long shadow of 9/11, I perceived that the meaning
in the image potentially mutated and took on a much more sinister aspect. If one gazes long enough at
the penguin it has the propensity to morph into a Muslim woman wearing a Burqa. If one’s paranoid
and nationalistic inclination accommodates and allows this transubstantiation to occur, I have painted the
Government’s dob in FREE CALL telephone number. The title refers to scouting culture.

Bear in mind the following: I had grown up under the yoke of Apartheid and came to understand, particularly in later years the implications of dobbing in. During the last years of the struggle punishment for collaboration with the Apartheid machine spelt a grizzly death by necklacing; having a car tyre place around one’s neck and being set ablaze.

The Apartheid administration and particularly the police were generally acting against fundamental human rights in applying their draconian laws. There was a popular saying at the time that “the only good policeman was a dead one”! 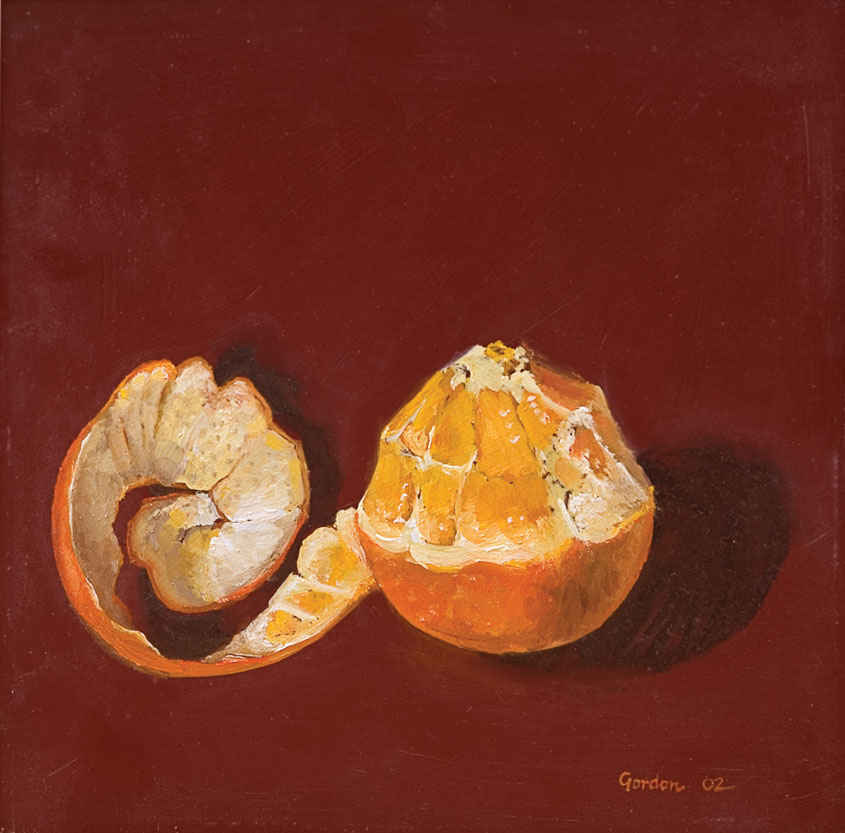 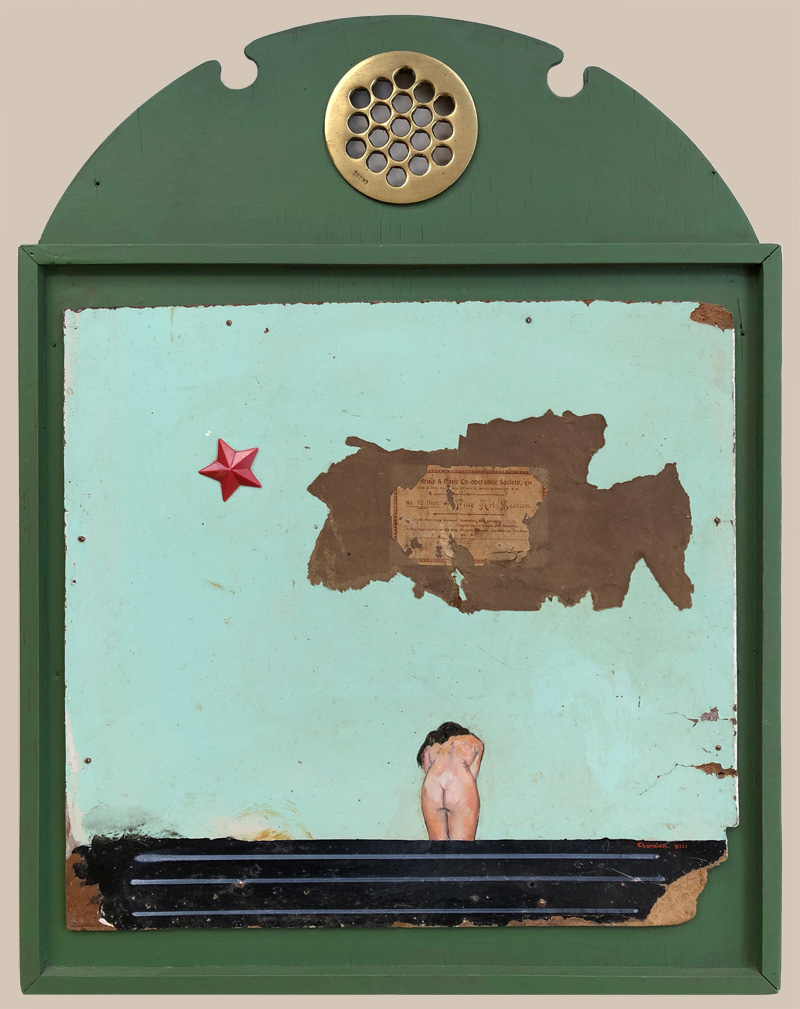 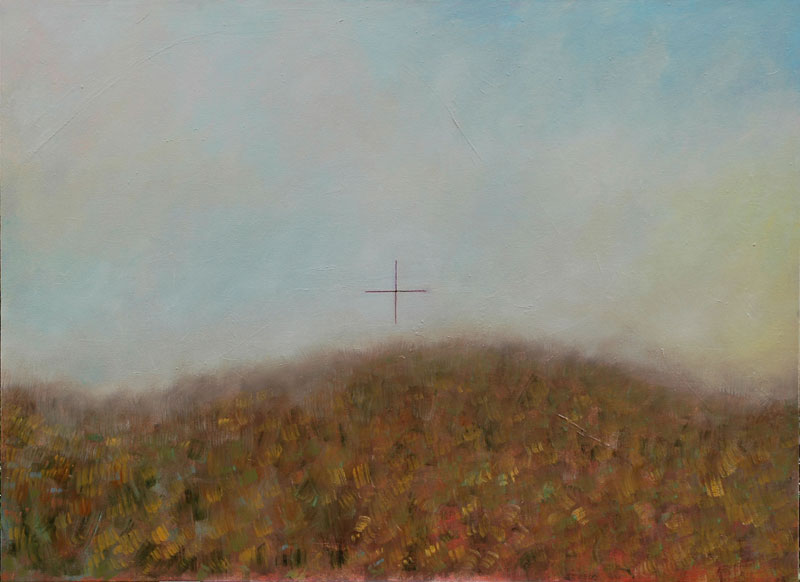