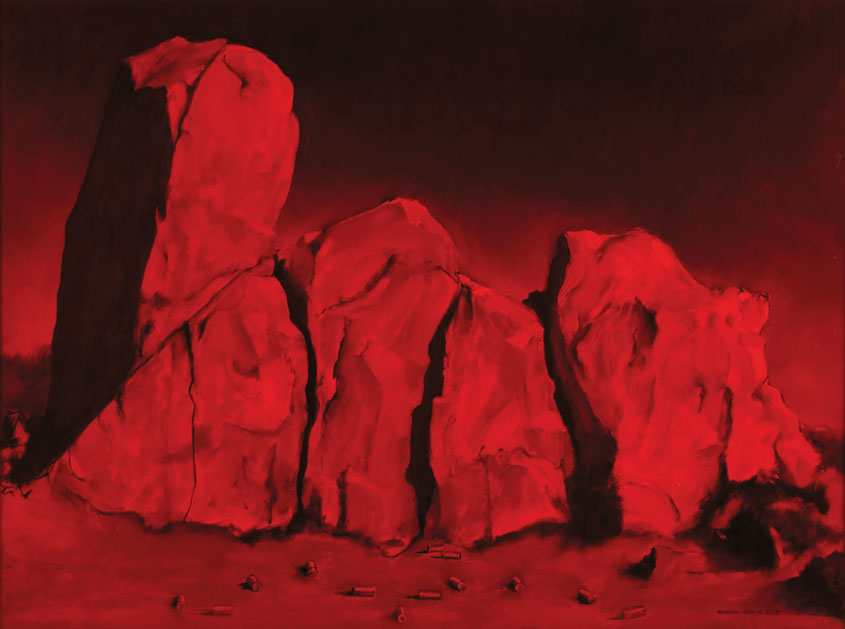 Variously known as the New Year’s picnic massacre, The Broken Hill massacre or the Battle of Broken Hill.

This is purported to be the only act of war actually enacted on Australian soil during the First World War.

It is of significance to note that this event preceded the fateful landings at Gallipoli by more than four months and at the time few Australians had any idea of the Turks as their foes or even knew where Turkey was.

Background History: Mullah Abdallah and Gool Badsha (Afghan Turkish supporters) ambushed the new year picnic train from their ice cream cart, inflicting 2 deaths and wounding 7 passengers, after which they fled. The men of Broken Hill without recourse to the law armed themselves and hunted down the two perpetrators. After an extensive manhunt they were finally surrounded at White Rocks on the northern outskirts of the town. A shootout followed at the rock site, “both men were killed, but eyewitness accounts suggest that one of the men Bashda Mohommed Gool, was cut down by gunfire as he stood with a white rag tied to his rifle”.* The incensed man hunters, their bloodlust up, then marched back into town and proceeded to burn down the German club.

I represented this incident in a reflective manner.  Spent cartridge cases lying randomly behind the final refuge of the two attackers, are evidence of the violent incident and the shiny red acylic conveys a bloodied, night sight sense of this terminus.  In Dr Andrew Flatau’s words, ” the hard-edged rocks stand as silent sentinels over an eerily desolate scene.  There is here a loss of humanity, as if no-one really cares”. *

From an enlightened historical viewpoint and the advantage of almost 100 years of reflection, this re-action may be interpreted as a blot on the much vaunted nationalistic concept of Australian fair play.  Could this extremely violent and lawless reactive response be part of a deep and ingrained component of an Australian (and perhaps a more generalised human trait of) frontier psyche? 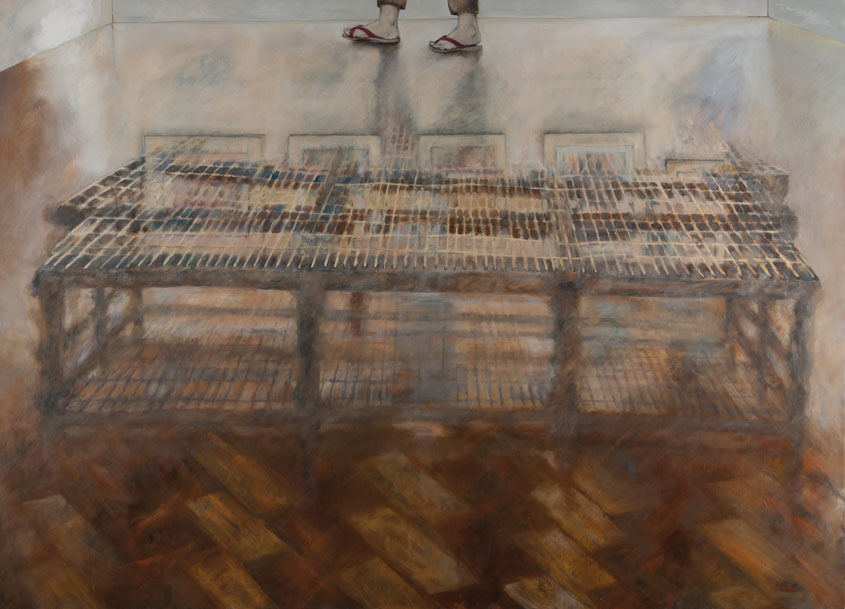 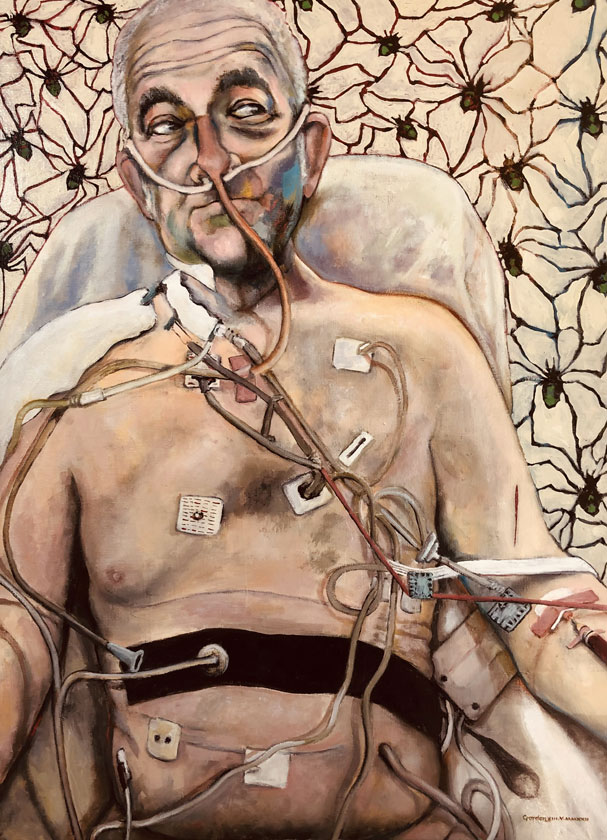