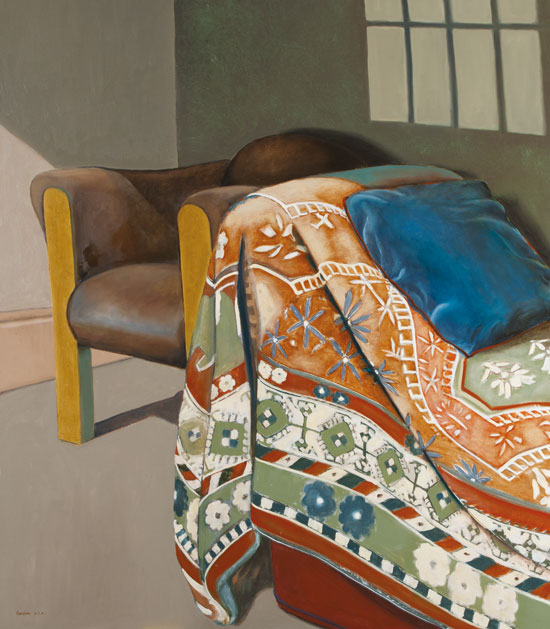 The image is based on Sigmund Freud’s actual consulting room which has here been stripped of the knick-knacks and artistic treasures he surrounded himself with. The chair is empty awaiting the coming of the psychiatrist, psychologist or counsellor. The bed also awaits the patient or client to begin or resume the psychoanalytic session. The confessional is the traditional site of the Roman Catholic Church’s surveillance apparatus. In our post Nietzschean world where god is deemed dead, psychoanalysis has supplanted the now outmoded confession box and this is replaced by the colourful welcoming patterned bed. As a metaphor one could perhaps infer the coming of the messiah (to assume the chair or throne) and the redemption of (the absent) humankind even in this seemingly godless space. The light emanating from above and behind casts a shadow of the window bars onto the far wall. Seen in the negative, the shadowed bars of the four (apocalyptic) lights also create a stylised image of the three crosses of Calvary – the elephant in the room perhaps?. But I digress; in Freud’s own words psycho-analysis’…“intention is naturally not to compel belief or to establish conviction”. However disturbing the unburdening process may be, both the somewhat austere chair and the festooned bed appear ergonomically comfortable and inviting. 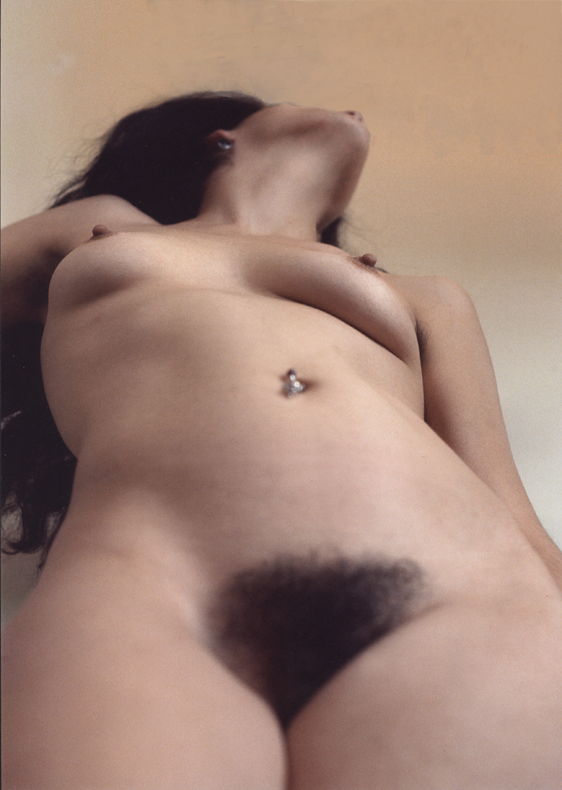 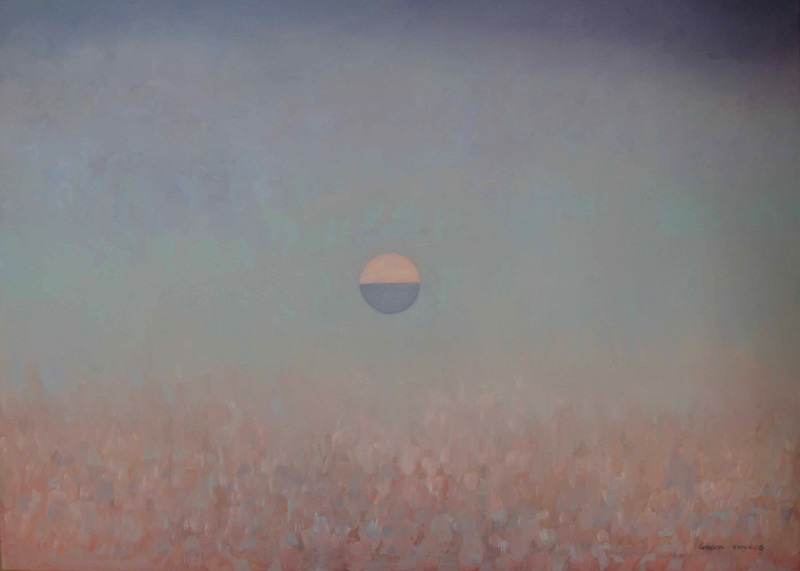 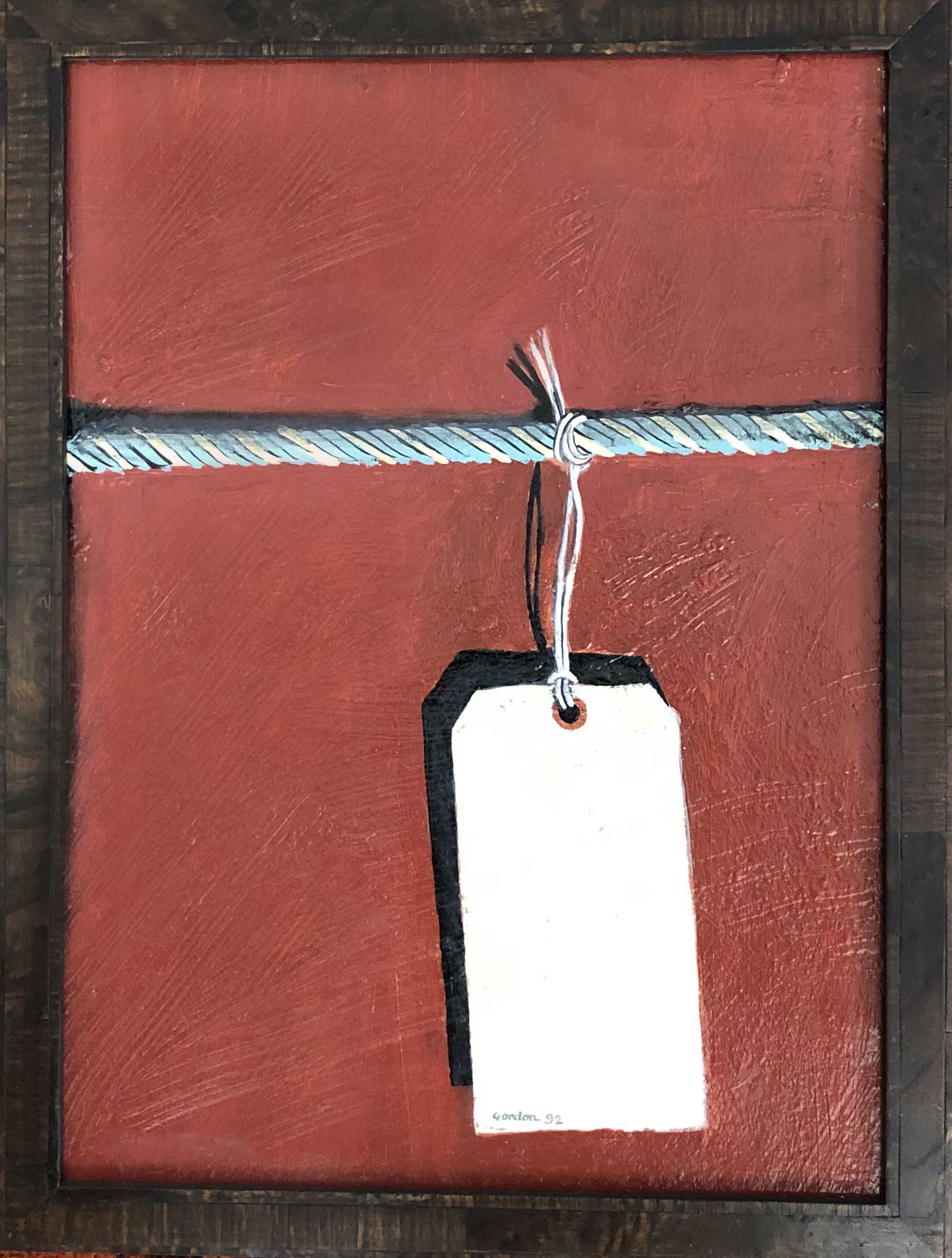