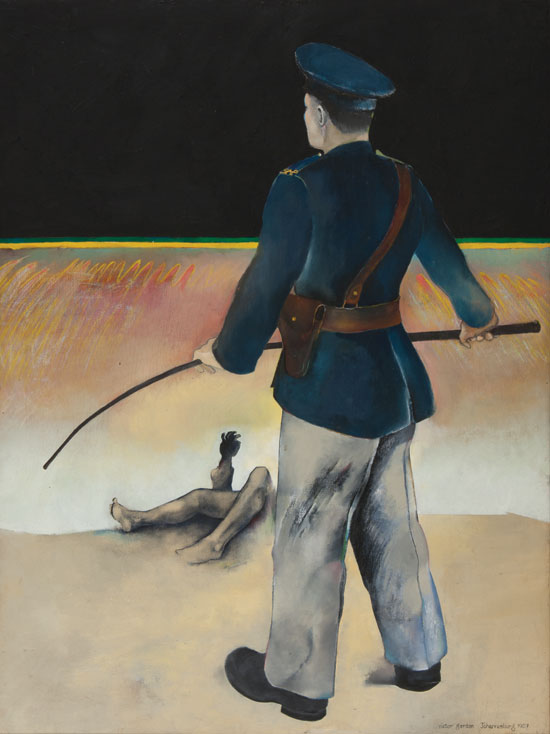 The image depicts a South African policemen wielding a sjambok (whip). He looms over his crushed victim. The painting conveys a sense of the extreme violence perpetrated by representatives of the state. We perceive the policeman from behind and so bear witness to the event. The surface is divided vertically into the traditional three zones found in landscape painting: the foreground with the policeman dominates the whole canvas, the middle ground with the victim whose frozen arm stretches upward almost in the revolutionary “AMANDLA” (power) salute, and the upper background consists of a lowering curtain of dull black (encaustic) impenetrable paint with a fringe or piping made up of the three colours of the then banned African National Congress (ANC) at the bottom.

The policeman is aware of the life and death ideological struggle being waged in Apartheid South Africa and distantly sees the approaching tide of liberation which must be annihilated at all costs. 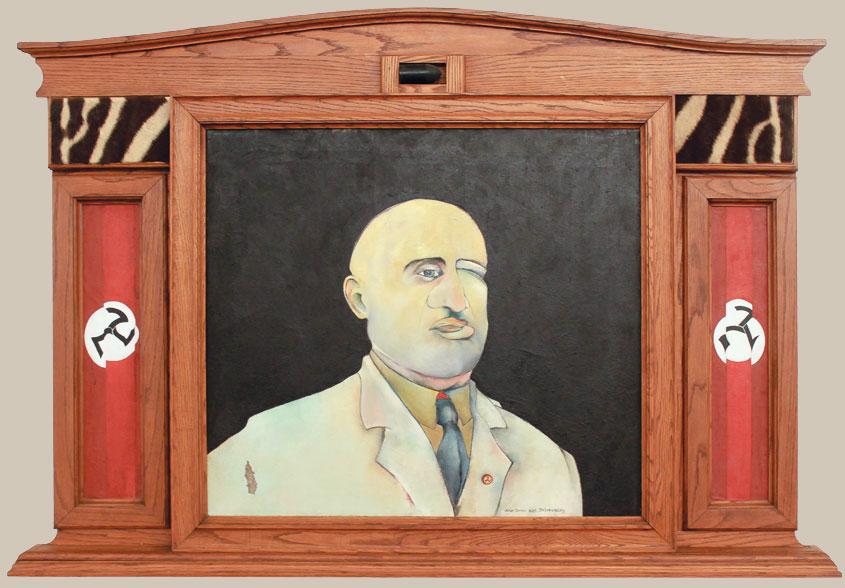