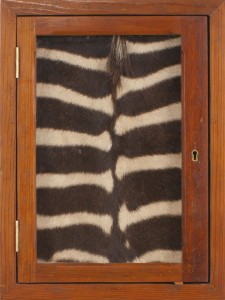 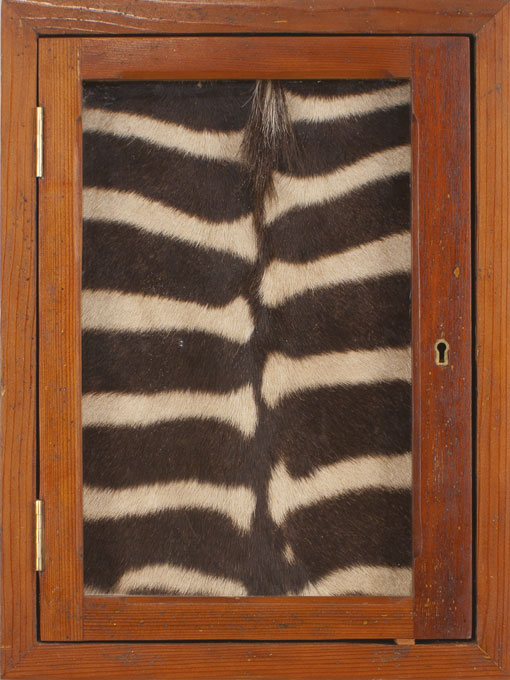 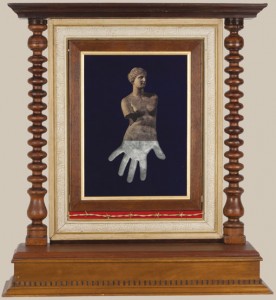 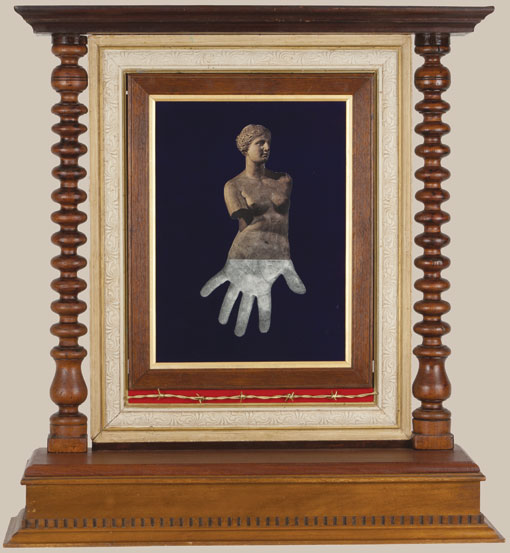 Lifeline contains an appropriated collage of the Venus de Melos and a cheap black and white photocopy of my right hand. The collage is housed in an elaborate alter-like iconic structure, clearly vesting great (tongue-in-cheek) value on these found objects. The golden strand of barbed wire references the mythical ’golden chain’; the ancient symbol life’s continuity as well as the assertion of proprietal capitalist power. The altar reeks af old fashioned establishment and (unspecified) religious reverence. 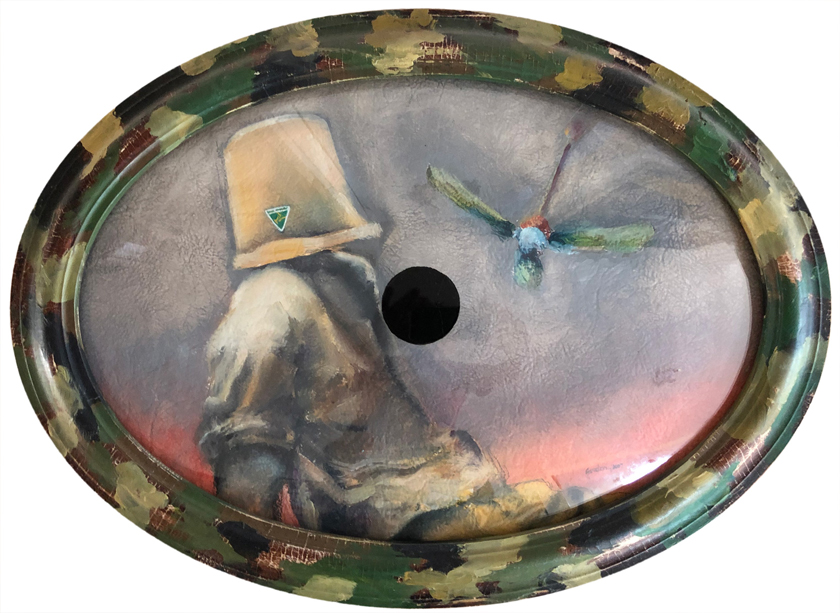 This painting raises questions concerning Australian complicity in the suspension of humanitarian values at the behest of America, as part of the “alliance of the willing”. It makes an oblique but decipherable reference to the deployment of torture – in the war on international terrorism. The irony is obvious. The camouflaged oval format is eye-shaped and the inclusion of the central black dot acts as the pupil. By extension I am positioning you the viewer, as a witness to the (undetermined) torture being perpetrated on the person with a bucket over their head in the image. The bucket carries the ubiquitous commercially patriotic “Made in Australia” logo.

Res Ipsa Loquitor (‘The thing speaks for itself’) 2007 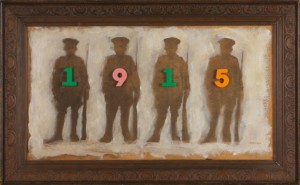 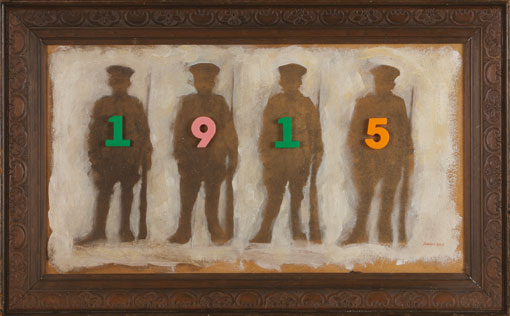 A traditional full length portrait of the last Australian Anzac from the Gallipoli campaign, Alec Campbell, is repeated four times. From left to right the image fades in clarity, the detail in the last almost indiscernible. Officially Alec Campbell stands in for all those that were there, becoming the generic Anza; perhaps a fitting and enduring symbol of national conscience subsumed into our collective memory. This apotheosis of the warrior is in stark contrast to the actual words of Alec Campbell who stated; “I wonder if Howard would give me a state funeral if he knew what I really stood for”.*

Superimposed over each figure, a refrigerator magnet; a number creating in total the year 1915. Individuals’ identities morph into numbers. A mass produced period frame accentuates and historically pinpoints the image at that far distant time. But the memory, like the image, is fading. In contrast, the contemporary numbers are made of lurid plastic, playfully saturated colours widely sold as popular instructional mnemonic tools for the young. Disparate elements combined, connect past to present. The magnets placed over the Anzac images referring to Gallipoli of 1915 which reinforcse our patriotic obligation for remembrance, or do they?